A real surprise in the City of Light to compete with all the wine events –  there is now the first ever Paris Beer Festival, running from  24 May to 1 June, and the star of the show are artisan craft beers, including a host of new breweries in the French capital and surrounding suburbs.

La Baleine is a small microbrewery situated in the 20th arrondissement, while up in the multi-ethnic La Goutte d’Or near Montmartre, they are inspired to brew exotic beers with chillies, dates and hibiscus

Craft beers are really big news in the North of Italy, particularly around the town of Treviso – normally more known for as the home of Benetton, and there will be several events to taste the latest brews of the avant garde Birra 32

One event not to miss has to be at the specialist beer bar, La Moustache, whose logo is  a lot better than Guinness

The Guardian has just published  my latest Top Ten Wineroute on Provence – www.theguardian.com/travel/2014/apr/17/provence-wine-route-top-10-guide – a journey that took me along the Cote d’Azur from Toulon, past the grand town of Hyeres, a favourite resort of Queen Victoria and the unspoilt island of Porquerolles, up as far as Saint Tropez and the spectacular vineyards of Ramatuelle that lie right at the edge of the Mediterranean. Then inland, through the wild landscapes of the Massif des Maures and the classic Provencal scenery of La Dracenie where vines grow alongside olive groves and fragrant fields of lavender. But there is a lot more than my Top Ten to see in this region, so here is a Slideshow that shows many of the other winemakers and bistros to discover – http://www.thewinetattoo.com/portfolio/provence-wineroute/ 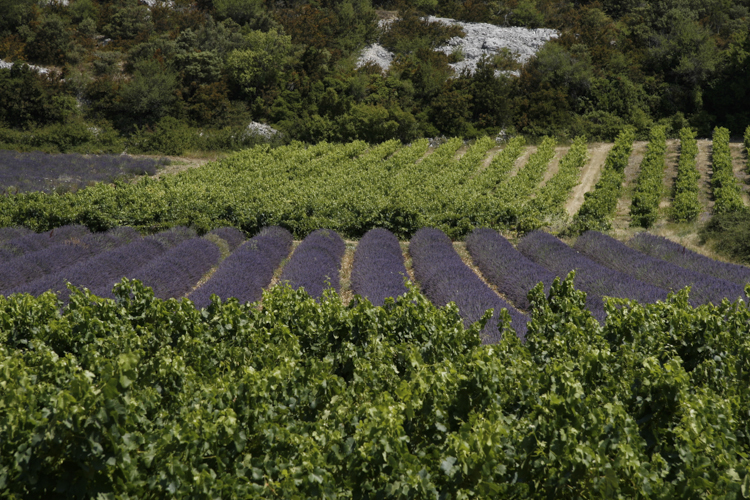